Vladimir Putin runs out of options as Ukraine gains ground 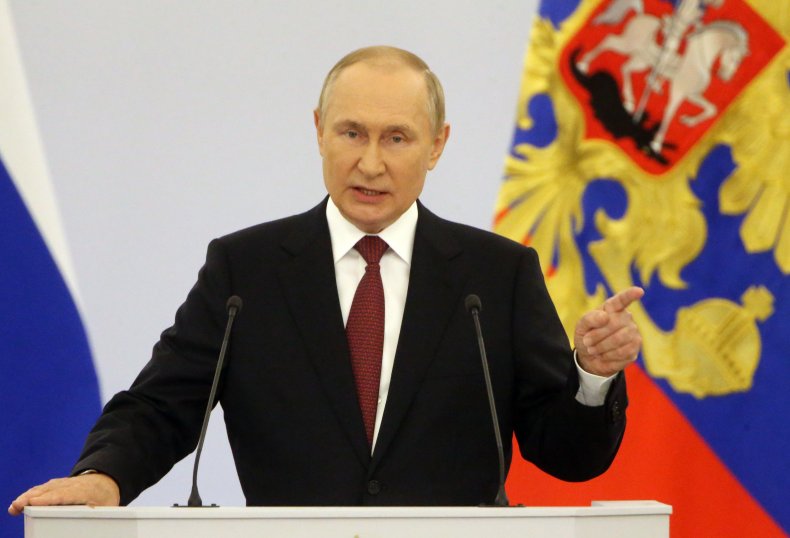 The failed mobilization of Vladimir Putin, the alleged sabotage of Europe’s gas supplies and the annexation of Ukrainian regions not fully controlled by his forces have raised questions about what the Russian leader will do next.

Crowds cheering in Red Square on the occasion of the seizure of the partially occupied Ukrainian regions collided with images of thousands of people trying to flee Russia to avoid mobilization.

A day after Putin’s declaration that the Luhansk, Zaporizhzhia and Kherson regions were Russian, enshrined in referendums the United States has called a “farce,” Ukrainian forces said they had surrounded the city of Lyman in Donetsk oblast. , which according to the Russian leader, is another extension of Moscow’s sovereignty.

Annexations to consolidate politically what may be difficult to sustain militarily suggest that Putin feels increasingly cornered, according to Lawrence Freedman, author of Command: The politics of military operations from Korea to Ukraine.

“If he has to go down at the end, it will be even worse because he has since upped the ante without having the means to hold on to the territory he is claiming,” he said, “I think it’s pretty desperate.”

Freedman believed that until the Kharkiv offensive in which the Kyiv forces made lightning advances, Putin had thought that his troops could carry on and that the Ukrainian troops did not have the ability to change things on their own.

“So you’ve thrown everything that’s available at the problem,” Freedman said, including the mobilization of 300,000 reservists, a process riddled with errors and “sabotage of pipelines.”

The European Union suspects that the Nord Stream 1 pipeline between Russia and Germany was deliberately attacked. The Kremlin has denied any involvement with Putin, instead blaming Western adversaries.

Putin hoped that “somehow the West will hand Ukraine over to him because we want to walk out the door, or the Ukrainians will stumble backwards,” Freedman said, “but none of that is working.”

Meanwhile, Putin has admitted that mistakes were made in his attempt to call up at least 300,000 reservists to join his invasion of Ukraine. This followed criticism of the process, not the president himself, by Russian state media after reports that older and infirm recruits were recruited.

Freedman, who is emeritus professor of war studies at King’s College London, said the annexation had tied Putin’s hands diplomatically, without offering him a military advantage.

“If the Ukrainians finish what they seem to be doing in Lyman, then there will be a large part of Luhansk open to them and this is the only part that they thought they had secured,” Freedman said.

“He is running out of options and the next few weeks are important because we will have to see if he is able to find a way to turn it around.”

news week has contacted the Russian Foreign Ministry for comment.

Marie Dumoulin, director of the Wider Europe program at the European Council on Foreign Relations (ECFR), said Putin was relying on fears that a nuclear escalation would lead the West to pressure Ukraine to negotiate.

But annexation leaves little room for negotiation for either side because Kyiv cannot allow Russia to define where its territory ends while Putin cannot consider giving it back.

“We are probably entering a very dangerous phase of the conflict,” he said. news week. “Ukraine will continue to fight and hopefully manage to recapture its territories, but Putin is highly unlikely to accept defeat.

“The mobilization is part of an escalation strategy, but by mobilizing Putin you are doubling down and raising the stakes,” Dumoulin said.

Former US ambassador to Ukraine and senior director of the Eurasia Center at the Atlantic Council, John Herbst, said one of Putin’s goals could be to prevent the West from sending Ukraine heavy weapons such as tanks, fighter jets and artillery systems. long range.

This would be “a tactical victory” for Putin by giving him “breathing room to fight another day,” Herbst said. news week.

Some see Putin challenging Ukrainian President Volodymyr Zelenskyy to continue the war while facing a veiled nuclear threat, and some military experts have doubted that Putin would resort to such weapons because they would not give him a strategic advantage.

“I just can’t see how you would start using nuclear weapons in this situation to turn the tide of war instead of some coercive role,” Freedman said.

Although NATO is backing Ukraine, the alliance is trying hard to maintain its current restraint of avoiding direct involvement, which Putin understands. “As soon as a nuclear weapon is used, that restriction is gone. Russia is not in a position to fight a war with NATO, it can’t even fight a war with Ukraine.”

iPhone SE 4: Everything you need to know

Apple updated its entry-level iPhone in March 2022, adding a few tweaks here and there along with a modest price increase. But the...
Read more

Russian cosmonaut runs over colleague after returning to space

MOSCOW -- After three missions in space, Russian cosmonaut Oleg Artemyev had a hard time back on Earth when he ran over a colleague...
Read more

The tyranny of distance and deep social division in China are seriously hampering attempts to control an "epidemic" of diseases like lung cancer, despite...
Read more