The Senate ratifies the Kigali Amendment, the Global Compact to Curb Hydrofluorocarbons 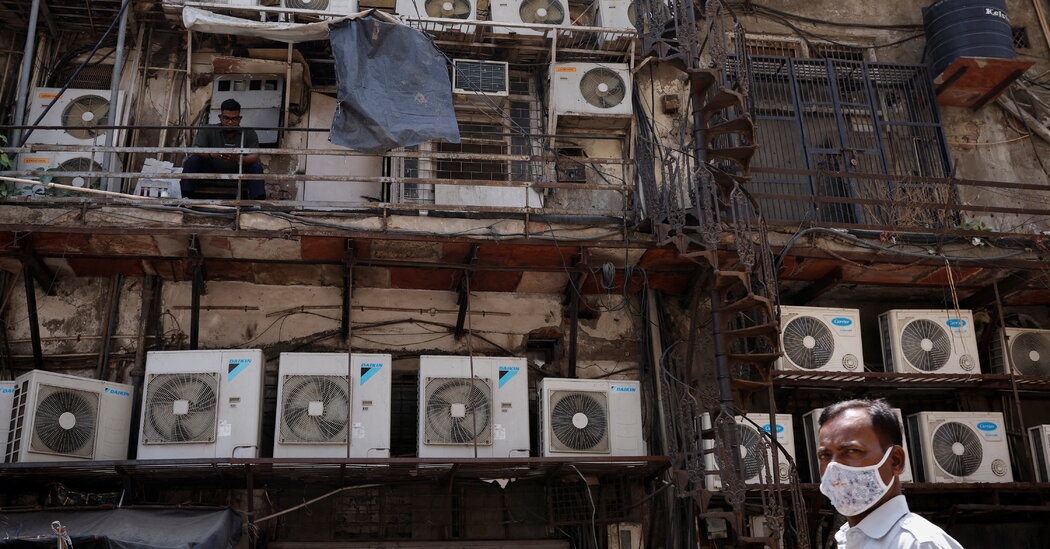 WASHINGTON — The Senate voted Wednesday to approve an international climate treaty for the first time in 30 years, agreeing in a rare bipartisan deal to phase out the use of planet-warming industrial chemicals commonly found in refrigerators and air conditioners.

By a vote of 69-27, the United States joined the 2016 Kigali Amendment, along with 137 other nations which have agreed to drastically reduce the production and use of hydrofluorocarbons or HFCs. The chemicals are potent greenhouse gases that warm the planet with 1,000 times the heat-trapping force of carbon dioxide.

Senator Chuck Schumer of New York, the majority leader, called the ratification “an historic step to combat global warming in a huge way.” He predicted that the vote may count as one of the most important bipartisan achievements during this Congress. Twenty-one Republicans joined all members of the Democratic caucus present in approving the treaty, including Sen. Mitch McConnell of Kentucky, the minority leader.

“Ratifying the Kigali Amendment, along with the passage of the Inflation Reduction Act, is the strongest one-two punch against climate change ever delivered by a Congress,” Schumer said, referring to last month’s passage of the the nation’s first major climate change law, pumping $370 billion into expanding wind and solar power and electric vehicles.

If the Kigali pact is successfully implemented, scientists estimate it would prevent warming of up to 0.5 degrees Celsius, or about 1 degree Fahrenheit, by the end of this century. At this stage of rapid global warming, every fraction of a degree makes a difference.

Average global temperatures have risen 1.1 degrees Celsius compared to pre-industrial times. Scientists have said that a rise of more than 1.5 degrees Celsius significantly increases the likelihood of catastrophic climate impacts.

On a practical level, the vote changes little in the United States because Congress and the Biden administration have already enacted policies to reduce the production and importation of hydrofluorocarbons into the United States by 85 percent over the next 15 years, and the industry has resorted to alternative chemicals

But ratification of the treaty, which the United States helped secure in the final days of the Obama administration, carries symbolic weight and adds momentum at a time of heightened action on climate change in Washington.

“This treaty shows that solving climate change is not futile,” said Durwood Zaelke, president of the Institute for Governance and Sustainable Development, a Washington-based research and advocacy organization.

The Environmental Agenda of the Biden Administration

Mr Zaelke said the approach of curbing a greenhouse gas through a relatively small sector of the economy, in this case refrigeration and air conditioning, could be a model for future agreements. “It shows the way forward in taking a bite out of the climate problem,” he said.

The vote came a day when President Biden told the United Nations General Assembly that the United States would continue to move forward on climate action, reversing four years of gridlock under President Donald J. Trump. Under President Trump, the United States became the only nation to withdraw from the 2015 Paris Agreement, the global pact aimed at reducing pollution from planet-warming fossil fuels.

“Since the day I took office, we have led with a bold climate agenda,” Biden told the assembly in New York, noting that he rejoined the Paris Agreement and negotiated a compromise last year between countries representing the 65 percent of world GDP. to curb the rise in average global temperature.

After last month’s passage of the Inflation Reduction Act, the Senate’s ratification of the Kigali deal gives Mr. Biden another example to assume world leaders are skeptical about whether the United States can meet its climate promises.

The Kigali agreement was an amendment to the Montreal Protocol, the landmark 1987 treaty designed to repair the ozone layer by banning refrigerants called chlorofluorocarbons, or CFCs, which were thinning the layer. Ozone is a part of the Earth’s atmosphere that absorbs harmful ultraviolet light from the sun.

Chemical companies responded to the 1987 agreement by developing HFCs, which do not damage the ozone layer but have been found to be a major factor in global warming. More than a dozen states have banned or restricted HFCs.

Reducing HFCs became the unusual climate policy to garner support from both the environmental community and industry and trade groups that typically fight climate action. These include the National Association of Manufacturers, the American Chemistry Council, and the United States Chamber of Commerce.

Many US manufacturers had a commercial incentive to support the amendment. Under the pact, nations that do not ratify the amendment will have restricted access to expanding international markets from 2033.

Some Republicans from states with many chemical manufacturers supported the Kigali deal.

“Ratification of the Kigali Amendment will further open up global markets to American-made products and allow the federal government to further prevent illegal Chinese dumping of HFCs into the United States, harming American companies,” they wrote. senators in a statement this year. .

In 2020, Congress passed the American Manufacturing and Innovation Act, which directs the Environmental Protection Agency to establish new rules on HFCs, which begin to take effect this year and will gradually reduce the production and importation of hydrofluorocarbons into the United States. United by 85 percent over the next 15 years.

About 15 percent of HFCs would still be allowed because they have critical uses for which alternatives do not yet exist. Under the Kigali Amendment, industrialized nations such as the United States and those in the European Union will reduce the production and consumption of HFCs to around 15% of 2012 levels by 2036.

The Senate passed a Republican amendment to classify China as a developed nation, which would put it on the same HFC phase-out schedule as other developed countries, removing any competitive advantage it might have over US manufacturers. It directs the secretary of state to propose that change at a future meeting of the signatories to the Montreal Protocol.

A small group of the world’s hottest countries, including Bahrain, India, Pakistan, Iran, Saudi Arabia and Kuwait, have the most lenient schedule, freezing HFC use by 2028 and reducing it to around 15% of 2025 levels. for 2047.

Republicans who opposed the pact argued that those provisions created an uneven playing field for American business.

Senator John Barrasso of Wyoming, the ranking Republican on the Senate Energy Committee who supported the 2020 law requiring new national regulation of HFCs, voted against ratification. “There is no excuse for any senator to give China a handout at the expense of the American taxpayer and American working families,” he said in a Senate speech before the vote.

Americans for Prosperity, a political action committee founded by the billionaire Koch brothers, sent a letter to lawmakers last week saying ratifying the Kigali Amendment would be an “abdication of American sovereignty over environmental regulation” at the United Nations. The group also argued that it would increase the price of air conditioning, refrigeration and industrial refrigeration for US consumers.

But Francis Dietz, a spokesman for the Institute of Air Conditioning, Heating and Refrigeration, an industry trade group, disputed that. He said the HFC phase-down was happening, no matter what the Senate did about formal ratification of the treaty.

“We’ve been preparing for this for over a decade,” he said, adding: “If you’re a consumer, this won’t make any difference to you.”

Share
Facebook
Twitter
Pinterest
WhatsApp
Previous articleSee images of Neptune in focus with the Webb telescope
Next articleA box of 200 mosquitoes did the vaccination in this malaria trial. That’s not a joke!
RELATED ARTICLES
SCIENCE

Biden, Turning 80, Faces Questions About Whether He’s Too Old To Run Again – NPR

Scientists have created "synthetic" mouse embryos from stem cells without the father's sperm and the mother's egg or womb.The lab-created embryos mirror a natural...
Read more

MYDAWA, the first online pharmacy in Kenya, received $1.2 million in grants from the Bill and Melinda Gates Foundation to develop and test innovative...
Read more