The pound sterling hits an all-time low against the dollar 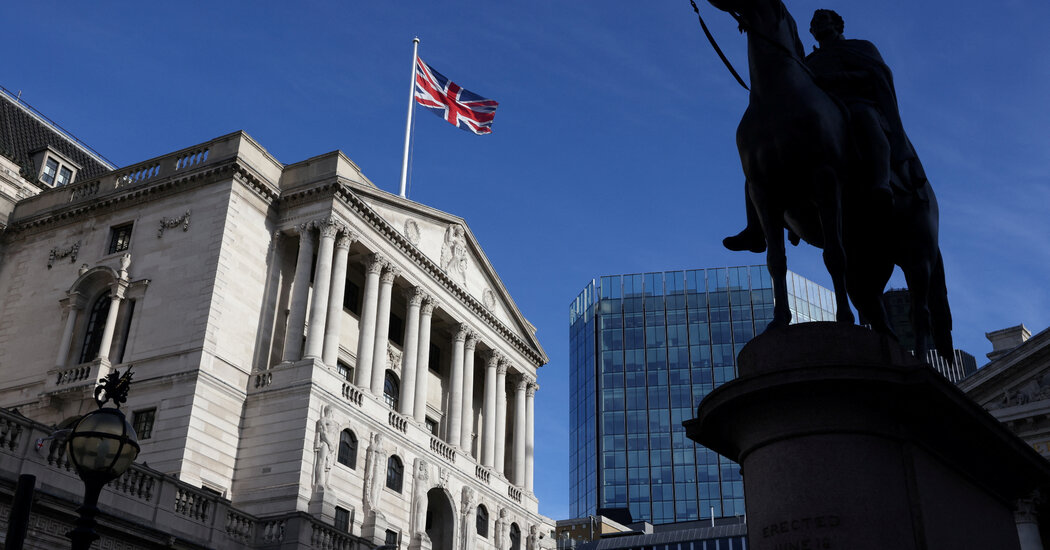 Global investors’ outright rejection of the new British government’s plans for tax cuts and loans continued on Monday, with the pound briefly falling to its weakest level against the US dollar on record, prompting the central bank and Treasury to talk in an attempt to calm the markets. .

Extending its losses after a historically bad day on Friday, when the fiscal plan was announced, the British currency fell as low as $1,035 in the early hours of Monday morning, before recovering in the afternoon amid speculation that the Bank of England would make a statement. on currency movements and bets that policymakers would have to raise interest rates in an emergency.

In the end, the central bank and government statements offered little relief to markets, where there are growing expectations that the pound could soon reach parity – a one-for-one exchange rate – with the dollar, a thought that was almost inconceivable. few months ago. Late on Monday, the pound resumed its decline, falling 1.8 percent to below $1.07, and falling 1 percent against the euro.

Andrew Bailey, Governor of the Bank of England, said in a statement that the bank was monitoring markets “very closely” but suggested that politicians would wait until the next scheduled meeting on November 3 to make a full assessment of the impact of government policies and the pound’s slide on the inflation.

The bank “will not hesitate to change interest rates as necessary to bring inflation back to the 2 percent target on a sustainable basis in the medium term, in line with its mandate,” the statement said.

It wasn’t enough, said Jordan Rochester, a strategist at Nomura, who now forecasts the pound will reach parity with the dollar in November. “So the idea of ​​emergency rate hikes for next month just fizzled out,” he said.

The Bank of England would need to raise interest rates very aggressively, and the British government would need to do something to restore its fiscal credibility, just to stem the depreciation of the pound, he added.

The pound has been partly a victim of the strong dollar, which is battering currencies around the world as the Federal Reserve raises interest rates to combat inflation in the United States. The euro fell below parity with the dollar in the summer. On Monday, China’s central bank pegged the value of the renminbi at its lowest level in more than two years as it took steps to rein in its decline.

Traders have dumped other British assets, pushing government bond yields to new highs, while analysts have said the government’s plan to rapidly grow the economy through deregulation and tax cuts, which will require tens of billions of pounds in additional borrowing at a time of rising interest rates and high inflation, what a bet.

On Friday, Kwasi Kwarteng, who has been Chancellor of the Exchequer for about three weeks in the new government of Prime Minister Liz Truss, announced a series of cuts in income taxes, lowered levies on home purchases and scrapped a plan to increase the corporate tax rate. There were dozens of other policy measures, adding to an expansive and costly plan to cap the cost of electricity and gas for homes and businesses.

Despite the breadth of the new measures, the government did not have the Office of Budget Responsibility, an independent watchdog, to assess policies and provide up-to-date economic and fiscal forecasts.

“Perhaps it was the lack of assurances about fiscal responsibility that pushed the market over the edge,” said Jane Foley, a strategist at Rabobank.

On Sunday, government officials projected confidence in their tax cut agenda, despite negative market reaction to initial plans. Mr Kwarteng said there would be “more to come” in his campaign for “people to keep more of their income”.

But on Monday, as pressure mounted on British assets, the Treasury said Kwarteng would set out a “medium-term fiscal plan” detailing the government’s fiscal rules, including how debt levels will be lowered as part of the GDP. product, in a statement on November 23. Treasury has also asked the Office of Budget Responsibility to provide a full forecast to accompany these fiscal plans.

The government’s plans have been criticized for going too far in the opposite direction of the central bank’s goals. Policymakers at the Bank of England have been raising interest rates in an effort to reduce inflation, which is near a 40-year high. But government policies could increase long-term inflationary pressures if people spend the savings on taxes and energy bills and the measures don’t sufficiently grow the economy and increase investment. This has added to bets that the central bank will have to raise interest rates even higher than previously thought.

Analysts at Barclays said they expected the central bank to raise rates by three-quarters of a percentage point in November, rather than half a point, after the government surprised investors with “more tax cuts than expected and few guarantees.” about how the books will eventually be affected. be balanced.”

The market is facing increased supply of British government debt, after the Bank of England last week announced a plan to start selling bonds it holds on the market just before the government significantly increased the amount of bonds it holds. he planned to sell this year to fund his policies.

For weeks, analysts have been warning of trouble for the pound. Britain’s record current account deficit, meaning the value of imported goods and services exceeds its exports and other income from overseas investments, makes the country dependent on the largesse of international investors. But these investors could lose confidence in Britain.

“The government seems extremely chaotic at the moment,” said Rabobank’s Ms Foley. “Markets don’t think his policies are going to be good for the UK economy. Unless he can pull something out of the hat to improve his credibility, the British pound will remain quite vulnerable.”

Tampa Bay is not safe from any hurricane, especially Ian

Tropical Storm Ian strengthened into a hurricane on Monday, on track to make landfall in Florida later this week. ...
Read more

Severe marital stress was associated with worse recovery after myocardial infarction (MI) in a large US cohort of...
Read more