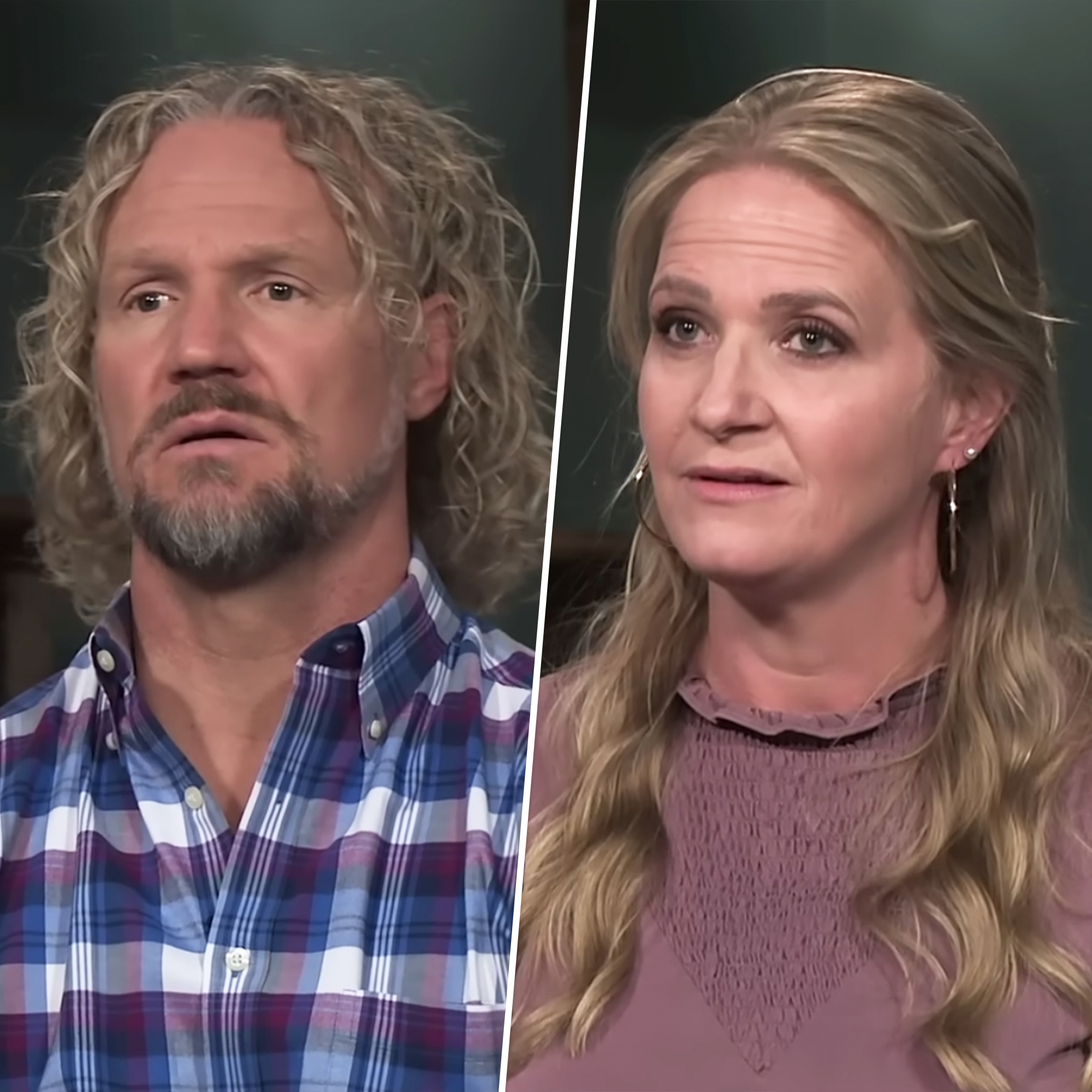 Christine Brown talked a bit more about her feelings on the latest episode of “Sister Wives,” and her ex-husband Kody Brown commented on the dynamic change.

Airing on September 25, episode three of season 17, titled “The Labors of Love,” focuses on four main storylines: what would have been Christine and Kody Brown’s anniversary, a Zoom meeting between Kody and the four women with whom he shares children. with the death of Meri Brown’s mother, Bonnie, and the birth of Mykleti Padron’s daughter, marking a new grandchild for Christine and Kody.

During the Zoom family reunion, Kody ran into Robyn, Janelle, Christine, and Meri Brown. At the beginning of the meeting, Kody began by acknowledging that they couldn’t meet in person, saying, “So, another COVID-19 meeting.”

Christine responded, “Well, it’s important because two important things have changed. Schools have opened up, so children can go back to the classroom.”

As she spoke, Kody briefly raised his hand and looked like he was about to cut her off. In a backstage interview, Kody explained what he was thinking at the time.

Kody went on to say that he didn’t appreciate Christine’s “attitude.”

“There’s literally an attitude of ‘I don’t need them anymore and I don’t really have to submit to what the group wants,'” she said.

While discussing school COVID-19 protocols, Christine mentioned that her daughter Ysabel wanted to go to school in person as she is a senior and wants to be close to her friends.

Kody was worried about being exposed to the virus if his daughter went back to school. He implied that he would not want to visit his children at Christine’s house if, in fact, Ysabel returned to school.

Janelle Brown interrupted at that point and said, “I don’t know, Kody, I guess I don’t know, I guess that’s up to you.” In a backstage interview, Janelle admitted that she felt bad because Ysabel essentially had to choose between seeing her father and seeing her friends.

Back at the meeting, Janelle asked Kody when he would start to feel comfortable going back and forth between all the houses one more time to visit their families.

“I’m crossing the line, but I don’t know, it frustrates me so much I can’t keep my mouth shut,” Janelle said in a private interview.

Meanwhile, Kody expressed his own frustrations in a confessional.

The 53-year-old then said he obviously wanted to see his daughter, but was waiting to see how accommodating Christine would be to that.

“She’s been traveling like crazy, so I didn’t get to see the kids anyway,” he explained.

Later in his confessional, Kody said that he didn’t like Janelle and Christine’s tone during the conversation.

“I want everyone to make their choice, but I really feel uncomfortable because you can hear it in Janelle and Christine’s voices.

“I hear this kind of nuance, this sarcasm of ‘Well, are you going to keep doing what you’re doing? Because it’s really stupid compared to what we think,'” he said. “And it’s this little snotty attitude about rules and things like that that I’ve had and I’m kind of tired of the snotty attitude.”

Back at the meeting, Kody explained that he asked two of his children with Robyn Brown that they don’t plan to return to the classroom.

In response, Christine expressed her frustration with the setup in a private confessional.

“So he asks Breanna (Kody and Robyn’s daughter) not to come back to school in person because he wants to be near her, but he says Ysabel can come back?” she said.

“God, Ysabel would love a phone call from her dad saying, ‘Can you please not come back to school in person so I can come see you? Could you go get a COVID test so I can come and see you?’ hang out with you because I really miss you?’ But it’s really hard for me that he doesn’t just call Ysabel and talk to her in person or even text her,” he said.

This interaction follows Christine’s earlier comments about the way Kody divides his time.

In last week’s episode, Christine criticized Kody for not taking care of the children they share. In response to Christine’s comments, Kody admitted that he “almost never” looked after his children.

“I’m good at taking care of my children, but I hardly ever do it. It’s easier for me to pay someone $20 an hour than it is to lose $200 an hour with the business at hand,” she said.

Google and Renault bet on cars defined by software

Renault was founded in 1898, long before computers and the Internet. Maybe that's what makes...
Read more

Amazon layoffs: The company plans to lay off thousands of employees, the New York Times reports

"If your photos aren't good enough, you're not close enough." So said Robert Capa, co-founder of the Magnum Photos collective in 1947. The...
Read more