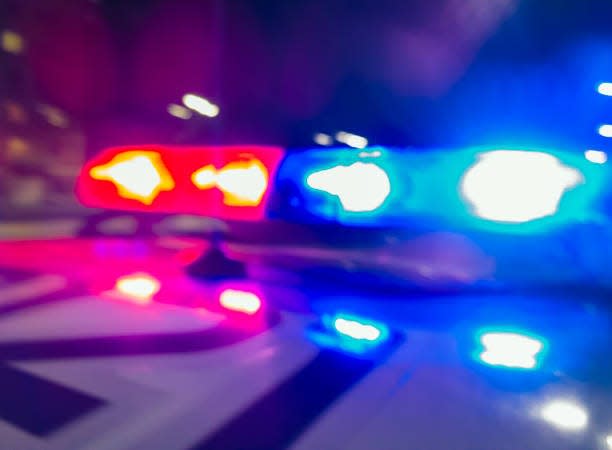 Police are investigating a shooting Friday night on the Newburgh Free Academy campus after a football game against Warwick.

Newburgh Police Chief Anthony Geraci told a news conference that three people were injured, though none are believed to be in mortal danger. At least five shots were fired after a fight broke out in the north parking lot, he said.

No arrests have been made and Geraci did not share a description of a suspect. Police believe the altercation was “an isolated incident,” but Geraci did not say why the fight broke out.

Ed Forgit, Assistant Superintendent of Newburgh Free Academy, said “The district’s number 1 priority is safety. Safety protocols were put in place tonight. We will be investigating all activities that took place to ensure protocols were followed.” and noted more information would be provided on Saturday. Geraci said there were surveillance cameras in the parking lot area.

Newburgh shooting: Police say a man was fatally shot and a 5-year-old boy was injured

AG: No charges will be filed against Wallkill officer in fatal shooting of man last year

The school in a message posted on its site said the shooting occurred “outside the security perimeter for an event that was taking place.” Forgit said the shooting happened about 10 minutes after the game’s conclusion, around 9:35 p.m.

The shooting followed another shooting in the city of Newburgh on Thursday, in which a 29-year-old man was killed and a 5-year-old boy riding a bicycle was shot near Washington Street.

“It’s unacceptable,” Geraci said of gun violence in the city. “The trauma that is being inflicted on our youth in our community has to end.”

The school said it was “appreciative of the quick and thorough response from our local law enforcement and security personnel,” and asked anyone with information to contact City of Newburgh Police at 845. -569-7509. Seventeen agencies responded Friday, Geraci said, noting that officers already on the scene were the first to respond to the shots fired.

The school said its Critical Stress Management team would be available “to help students and families who may need support during this time. More specific information will be provided soon.”

The incident comes about a year after another incident of violence after a Mid Hudson Valley football game. On September 17, 2021, 16-year-old Arlington High School student Quraan Smith was fatally stabbed during an altercation in the school parking lot. Nestor Ortiz-Ocampo of Poughkeepsie, a former Arlington student, faces charges of second-degree murder, first-degree manslaughter and fourth-degree criminal possession of a weapon.

This is a developing story. Please check for updates.

MOON: Crooked star clusters may be a sign that Einstein’s gravity is wrong

Quordle Today: See every Quordle answer and suggestion for November 17