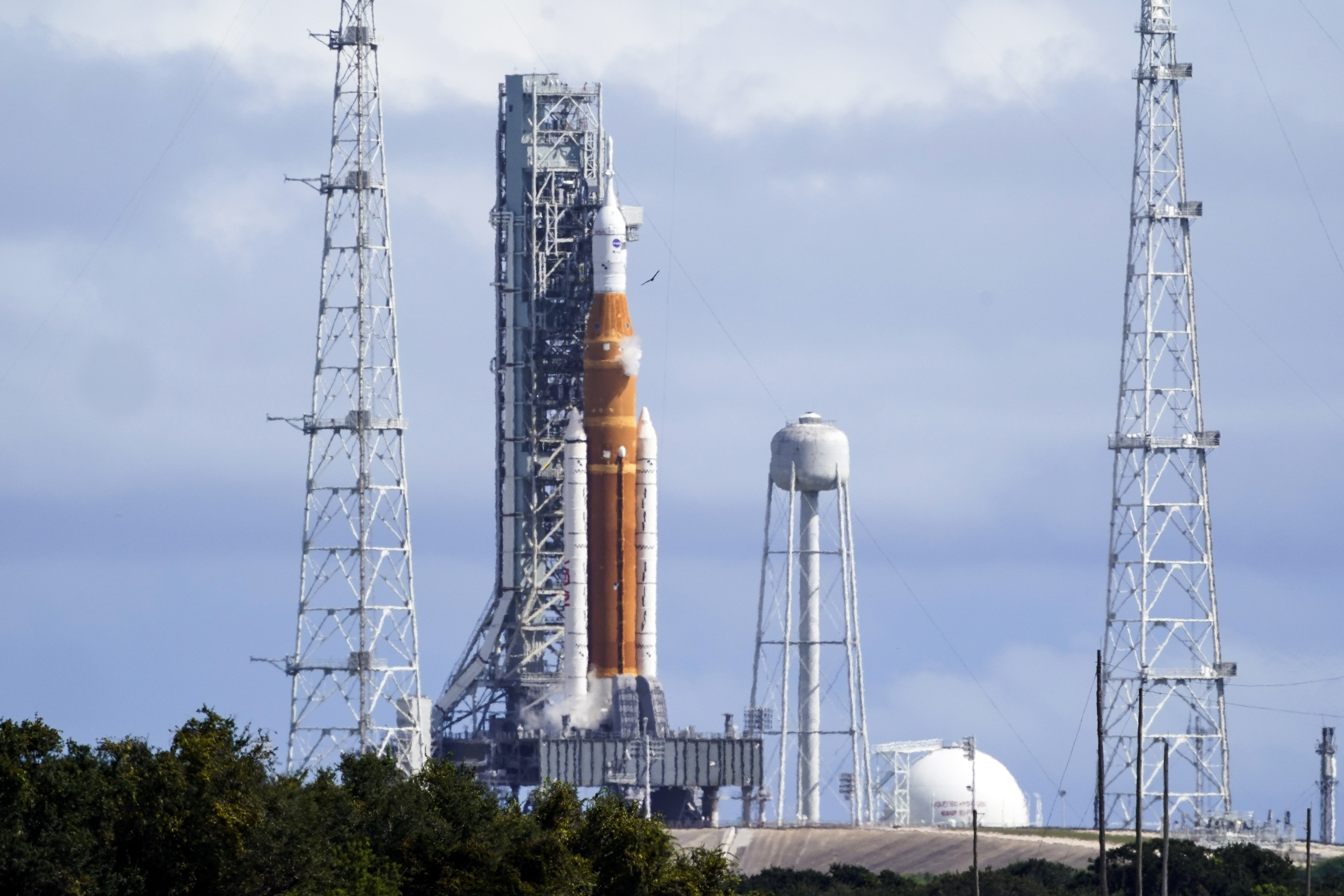 CAPE CANAVERAL, Florida. — NASA’s new moon rocket leaked more fuel Wednesday in a test ahead of a possible launch attempt next week, but engineers managed to reduce it to acceptable levels.

There was no immediate word on whether NASA would attempt a liftoff on Tuesday given the sporadic nature of the hydrogen leaks, which have plagued the launch team for months.

“Leaving a lot of people scratching their heads over this,” said Launch Control’s Derrol Nail.

The one-day demo had barely begun when dangerous hydrogen fuel began leaking in the same place and time as before, despite new seals and other repairs. Engineers stopped the flow and heated lines in hopes of plugging the leak and continued testing. But the leak persisted before falling to acceptable levels. Hours later, another leak surfaced elsewhere.

Nail said that all test objectives were met. But managers must review the results before determining whether the 98-meter (322-foot) rocket is ready for its first test flight, a lunar-orbiting mission with dummies instead of astronauts.

Hydrogen leaks botched the first two launch attempts, as well as previous countdown tests. So much hydrogen escaped during the countdown earlier this month that it more than doubled NASA’s limit. Wednesday’s leak was almost this big again.

After hours of adjustments and starts, NASA finally managed to load nearly 1 million gallons (4 million liters) of fuel into the rocket. It was unclear if the earlier jet would fend off a launch attempt on Tuesday. On a separate issue, NASA still needs the US Space Force to extend certification for onboard batteries that are part of the flight safety system.

After the September 3 release delay, NASA replaced two seals on the leaking line. One seal had a small indentation; It was barely a hundredth of an inch.

“That doesn’t sound like much, but again we’re dealing with hydrogen,” the smallest element on the periodic table, said mission manager Mike Sarafin.

NASA also altered the fueling process, slowly easing the loading of super-cold liquid hydrogen and oxygen. After Wednesday’s big leak surfaced, the launch team moved even more slowly to put the pipes under even less stress.

Once launched, the crew capsule atop the rocket will be the first to orbit the moon in 50 years. The $4.1 billion mission is expected to last more than five weeks and end with a splashdown in the Pacific. The astronauts would come aboard for the second test flight, circling the moon in 2024. The third mission, scheduled for 2025, would see a pair of astronauts land on the moon.

NASA’s Space Launch System rocket is more powerful than the Saturn V rocket that sent Apollo astronauts to the moon in the late 1960s and early 1970s. The engines and thrusters are remnants of the space shuttles now retired. Just like now, NASA struggled with elusive hydrogen leaks during the shuttle era, especially in the early 1990s.

Netflix is ​​making 2023 the year of "The Witcher." Announced at the streamer's Tudum fan event on Saturday, the "Witcher" spin-off series "The Witcher: Blood...
Read more

Forced software updates are a growing symbol of the current fight against malware and bad actors. Zoom, the video conferencing company, has now...
Read more

For the first time since North Korea began testing nuclear weapons in 2006, China and Russia this year vetoed a US-led push for additional...
Read more