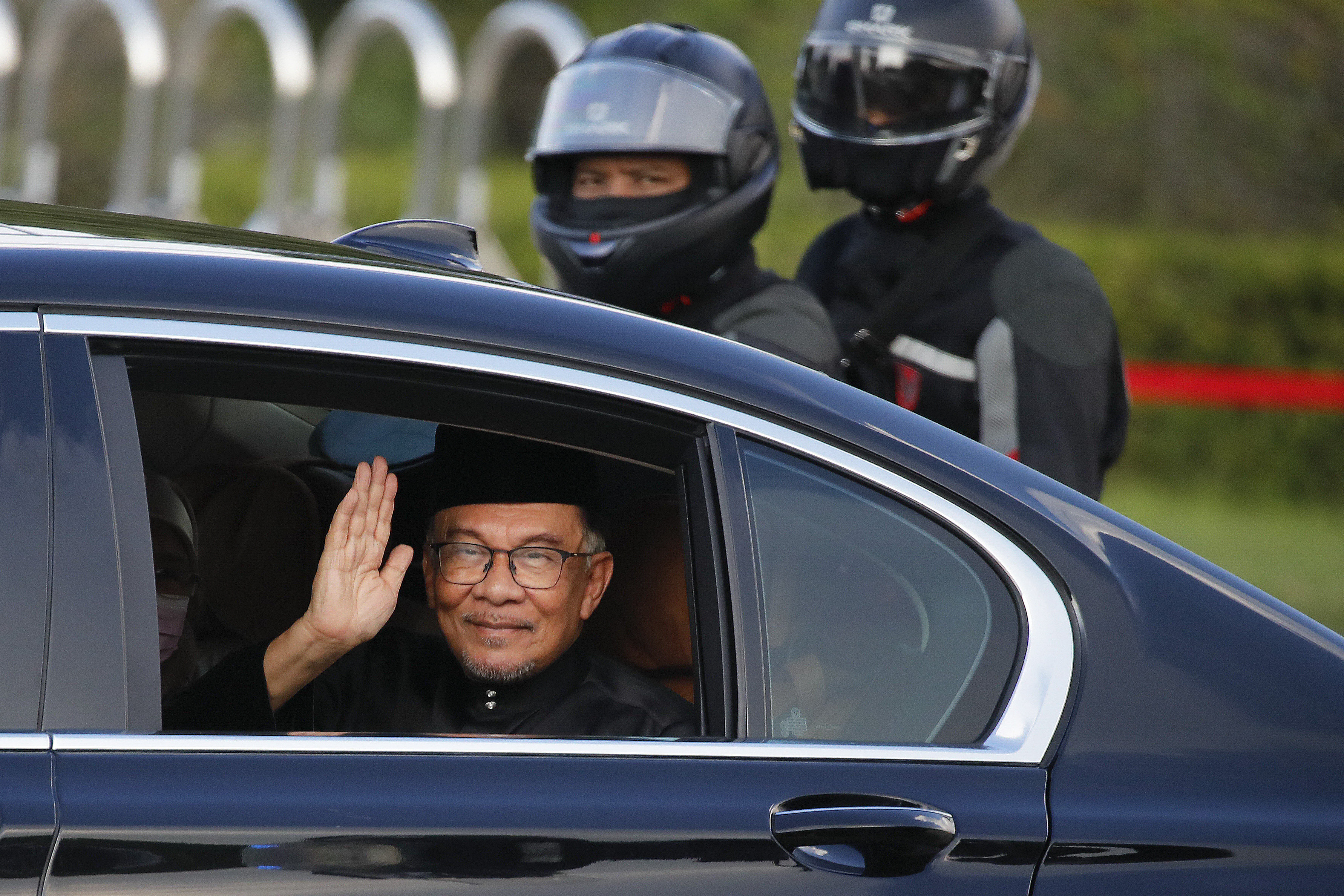 His appointment ends five days of an unprecedented post-election crisis, but could usher in new instability with his rival, former Prime Minister Muhyiddin Yassin, challenging him to demonstrate his majority in parliament.

Both men failed to win a majority in Saturday’s election, but the constitutional monarch, King Al-Sultan Abdullah, appointed Anwar after speaking with several lawmakers.

Anwar comes to power at a difficult time: the economy is slowing and the country is divided after a close election that pitted Anwar’s progressive coalition against Muhyiddin’s largely conservative, ethnic Malay Muslim alliance.

Anwar, 75, has been repeatedly denied the post of prime minister despite coming within striking distance over the years: he was a deputy prime minister in the 1990s and an official prime minister-in-waiting in 2018.

In between, he spent nearly a decade in jail for sodomy and corruption on what he says were politically motivated charges aimed at ending his career.

Uncertainty over the elections threatened to prolong political instability in the Southeast Asian country, which has had three prime ministers in as many years, and risks delaying policy decisions needed to foster economic recovery.

Anwar’s coalition, known as Pakatan Harapan, won the most seats in Saturday’s vote with 82, while Muhyiddin’s Perikatan Nasional bloc won 73. They need 112, a simple majority, to form a government.

The long-ruling Barisan bloc won just 30 seats, the worst electoral performance for a coalition that had dominated politics since independence in 1957.

Barisan said on Thursday that he would not support a government headed by Muhyiddin, though he made no reference to Anwar.

Muhyiddin’s bloc includes the Islamist PAS party, whose electoral gains raised concerns in a country with large Chinese and Indian ethnic minorities, most of whom profess other religions.

As prime minister, Anwar will have to deal with rising inflation and slowing growth, while calming ethnic tensions.

The most immediate issue will be the budget for next year, which was presented before the election was called but has not yet been approved.

Anwar will also have to negotiate deals with lawmakers from other blocs to ensure he can retain majority support in Parliament.

“Anwar is named in a critical juncture in the history of Malaysia, where politics is most fractured, recovering from a depressed economy and a bitter memory of COVID,” said James Chai, a visiting fellow at the ISEAS-Yusof Ishak Institute in Singapore.

“Always regarded as the man who could bring all the conflicting facts together, it is fitting that Anwar emerged during a divisive time.”

When the multiplayer plays in the Paldea region, it's great We just finished our first weekend with Scarlet Pokemon other Violet, the last games...
Read more

Voters pessimistic about the economy and inflation

The state of the US economy is a top concern for voters in the November 8 midterms, and polls suggest that many do not...
Read more