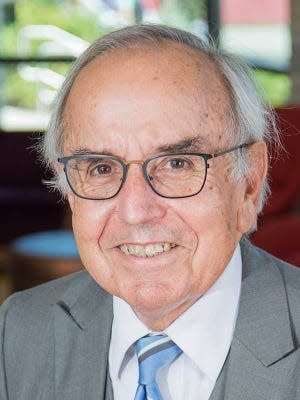 Huge mass public demonstrations in Iran could bring regime change. The fundamentalist Islamic rulers of the nation should be concerned. A host of cities across the country are experiencing the ongoing protests, though estimates of how many vary.

The immediate spark for this important development is the worrying death of Mahsa Amini, a 22-year-old woman, while in police custody. Authorities reportedly arrested her for improperly wearing the government-mandated veil.

Iran remains a source of frustration for US foreign policy. Tehran’s fundamentalist Islamic regime has long expressed hostility toward Israel and the US, punctuated from time to time with public threats of apocalyptic destruction.

The P5+1 formation is the main international group dealing with Iran. The nations involved are Britain, China, France, Russia and the US, the five permanent members of the United Nations Security Council, plus Germany.

In November 2013, the group, after a considerable and challenging diplomatic effort, reached an agreement with Tehran. The deal increased international surveillance of Iran’s nuclear enrichment program in exchange for the lifting of some economic sanctions. The Trump administration abruptly terminated this nuclear deal.

in 1979, revolutionaries overthrew the pro-US regime in Iran and Islamic fundamentalism rose. This abruptly ended Iran’s previous stance as a close and remarkably influential American ally. During the intervening decades, the gap has continued.

After toppling the autocratic Shah of Iran, Mohammed Reza Pahlavi, Islamic militants seized the US embassy, ​​took hostages and held them for months. The long crisis poisoned Tehran-Washington relations and helped Ronald Reagan defeat incumbent President Jimmy Carter in 1980. During the Reagan administration, the United States supported Saddam Hussein’s Iraq in an eight-year-long war with Iran.

The 2009 presidential elections sparked massive demonstrations against alleged electoral fraud. The use of cell phones to report on the demonstrations revealed widespread public discontent. Dictators can no longer completely suppress information, although Tehran is trying.

The Shah’s long-term modernization policies had fostered a relatively well-educated population. There is a sizeable middle class. The urban population has been constantly expanding.

Parvin’s Country of Hope: An American dream fueled by hope

Women play influential roles in a wide range of professions. The relatively modern economy and society contrasts with other nations where fundamentalist Islam plays an important or dominant role.

Zbigniew Brzezinski, national security adviser to President Jimmy Carter, remained a keen and often perceptive analyst of developments in Iran. Until his death in 2017, he regularly publicly pointed out that the fundamentalist mullahs ruling the country are facing very fundamental problems.

Without a new nuclear deal, sanctions on Iran could eventually destroy the economy. Brzezinski believed that Iran could move in the same direction as Turkey. That nation is constitutionally a secular state and remains a faithful member of NATO, despite the fact that a fundamentalist political party controls the presidency.

Nearly a decade before the US invasion of Iraq in 2003, former President Richard Nixon in his book “Beyond Peace” argued that invading Saddam Hussein’s provocative Iraq would be a blunder, leading to the expansion of US influence. of Iran, our true regional diplomatic and strategic center. rival

Arthur I. Cyr is the author of “After the Cold War – American Foreign Policy, Europe, and Asia.” Contact him at acyr@carthage.edu.

This article originally appeared on The Record: Iran presents an opportunity and a challenge after the death of Mahsa Amini

In letter: The Republican National Committee has sued Google alleging biased email spam filtering. The RNC assures that it has...
Read more

Not all divorces are ‘conscious uncouplings’ – Chicago Tribune

Dear Amy, Should I accompany my husband to his parents' house to tell them that we are getting divorced, after 32 years of marriage?“Dan”...
Read more