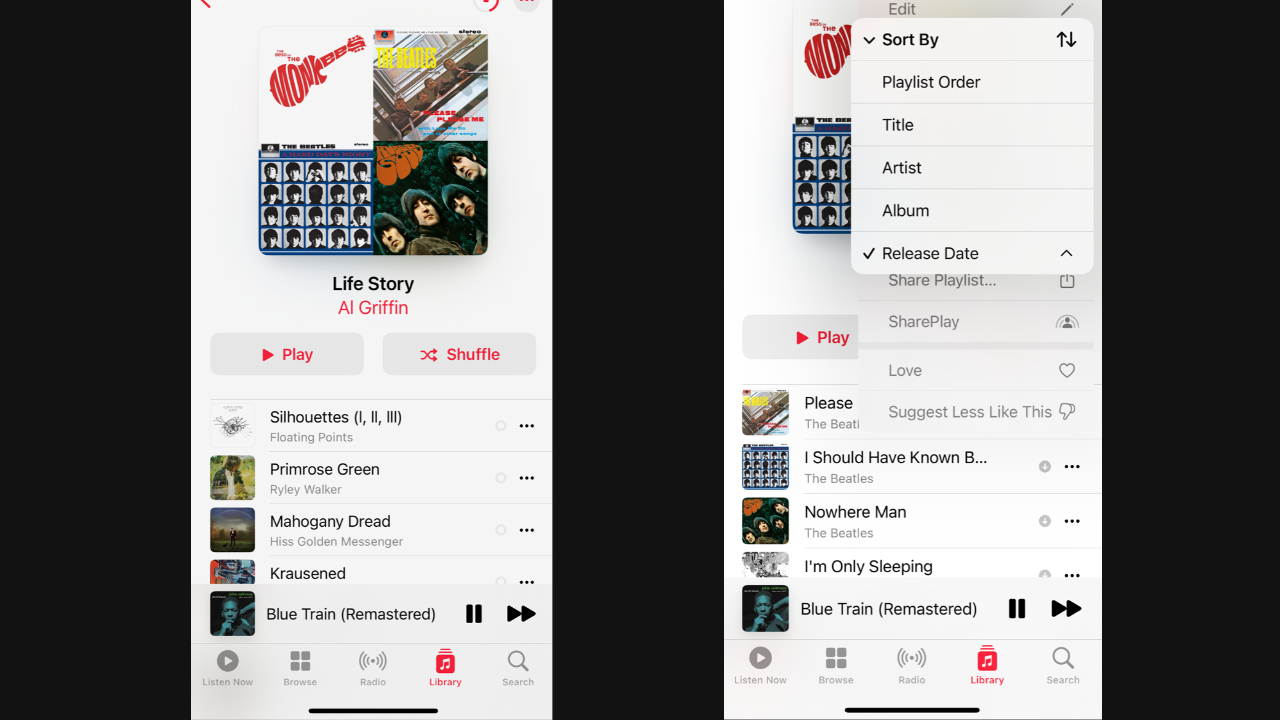 The official arrival of iOS 16 has made a handful of audio updates available to iPhone users, the key being Custom Spatial Audio, a feature that takes advantage of the iPhone’s TrueDepth camera to create a profile tuned to the listener’s ears when use AirPods Pro (first or second). 2nd generation), AirPods Max, AirPods 3, or Beats Fit Pro headphones. Apple Music subscribers should already be well-acquainted with the benefits of Spatial Audio, but there are other Apple Music-specific features coming with iOS 16 that make the service easier and more pleasant to use.

When playing tracks in Apple Music, the app’s lock screen widget now shows which Apple devices (eg AirPods Pro, AirPods Max) are connected via Bluetooth. But that’s just a minor change. You can now press the widget and it expands, giving you a full-screen view of the album art, along with controls like a button to skip to the next playback screen and the “3 dots” that open options to Add to Library or List Playlist, Show Album, Create Station, and Love (or Dislike) Tracks.

This change isn’t huge by any means, but it does improve the speed with which you can perform multiple Apple Music functions on your phone. More importantly, it works the same way for some of the other best streaming music apps like Tidal and Spotify, along with internet radio and podcasts.

Another Apple Music tweak, and one you’ll see when you tap to access that full-screen player, is an expanded volume HUD. The volume slider now matches the full width of the track playbar, which is not just a cosmetic improvement, but makes it easier to adjust volume and allows for more granular volume changes. The bar also swells and lights up as you make adjustments, further enhancing ease of use.

Is this a consequential change? Not necessarily, but I often find myself frustrated with the lack of on-screen controls to adjust the volume in apps, a situation that leads me to gasp! – Press the hardware volume up/down buttons on the side panel of the iPhone. In particular, since the Tidal music service I also use regularly doesn’t have a volume slider in its full-screen iOS app, I have to repeatedly tap the screen to access that control. So the new, easily accessible, expanded volume slider is a good example of why Apple Music is great.

Another useful feature that has been added to Apple Music with iOS 16 is playlist sorting. Previously, playlists created in the app reflected the order in which tracks were added: first track first, last track last. Pressing the three-dot button at the top of the Apple Music screen in playlist view now opens a sort control with options for title, artist, album, and release date. Oh yeah, and there’s also an option to go back to the original playlist order.

Why is it important to sort playlists? I have a huge playlist that I created in the early days of the pandemic when suddenly there was time to do those things. It is basically the soundtrack of my life and reflects the music that was most important to me at various stages from childhood to the present. After upgrading to iOS 16, I immediately thought of a use for the new sorting feature, which would let me listen to those tracks in chronological order. That’s something I’ve wanted to do before, but then found myself without the time (or the will) to rearrange the tracks in a new playlist.

While there are plenty of other updates to Apple Music, they’re almost too inconsequential to mention. But there’s an overlooked iOS 16 audio update that I think is worth pointing out, mainly because it’s something I’m sure I’ll use. When you ask Siri voice control to tell you the name of a song that’s playing, that information now syncs with the Shazam music recognition app. Not only that, but it also syncs with the music recognition in iOS Control Center, so you can quickly access a list of songs you’ve searched for through either medium by pressing that icon.

Again, not a revolutionary update, but a thoughtful and significant update from Apple.

If you want to learn more about your options for listening to music, check out our list of Best Music Streaming Services.

China is poised to seize the global urgency to tackle climate change. It is the world's leading manufacturer and user of solar panels...
Read more

Twitter would have fired 4,400 subcontracted workers after mass layoffs

After laying off 50 percent of the company's employees, Elon Musk has turned his attention to Twitter's outsourced workers. According to separate reports...
Read more

How ‘Baraye’, a song about Iran’s protests, became an anthem for women, freedom and ordinary life

TEHRAN — As crowds lined the streets of Iran last month to demonstrate against the government, an up-and-coming 25-year-old singer named Shervin...
Read more