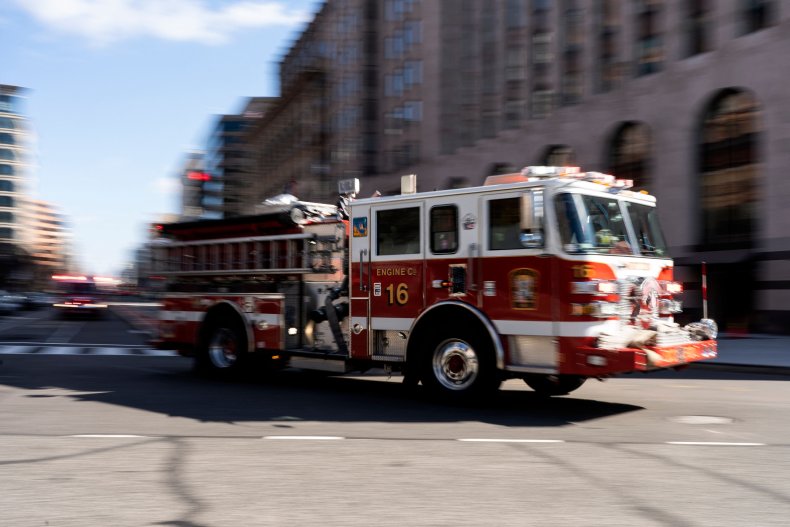 An 11-year-old boy became a hero after running into his burning apartment to save his 2-year-old sister in Maryland earlier this week.

A sparking electrical outlet in a bedroom sparked an electrical fire that broke out Tuesday in Salisbury, Maryland, in a two-story apartment building, damaging at least two of the eight units.

Fortunately, there were no fatalities or significant injuries, although it could have gotten worse had it not been for 11-year-old La’Prentis Doughty.

Doughty made it out of the burning building before realizing that her two-year-old sister, Loyalty, was still inside, according to WBOC.

Doughty ran back into the building and out with the young woman.

Doughty suffered minor burns after the rescue, but the injuries were very minor; he didn’t even need medical attention at the scene, according to a report from the state fire marshal.

His mother, Keishauna Banks, told WBOC: “I feel bad because I don’t know how to reward him right now. I praise him and say, ‘You know you did a good job?’ But I’m still trying to process everything, I’m still in shock.”

according to a GoFundMe Created by Banks, she was shopping for Thanksgiving dinner when her best friend called and told her that the apartment was on fire.

She wrote that she was grateful “that my children are alive and breathing,” adding: “We are devastated and need help getting dressed and sheltered.”

The family is staying at a hotel and receiving help from the American Red Cross, according to WBOC.

But regardless, Doughty shared: “I feel good that my sister is alive today. I feel happy that Thanksgiving is tomorrow.”

The State Fire Marshal reported that the fire caused approximately $250,000 in structural damage and $40,000 in damage to personal property.

There are approximately 51,000 home electrical fires each year, according to the Electrical Safety Foundation International (ESFI). The ESFI advises homeowners to check their home’s electrical systems, power cords, extension cords, and outlets, for signs of buzzing, flickering lights, or tripped circuit breakers.

A video showing how quickly a Christmas tree can catch fire racked up millions of views last week, warning viewers that natural trees and electrical problems can sometimes escalate into serious incidents.

For some celebrity couples, a date means dinner reservations or a trip to a fashion gala. Bella Hadid's idea...
Read more