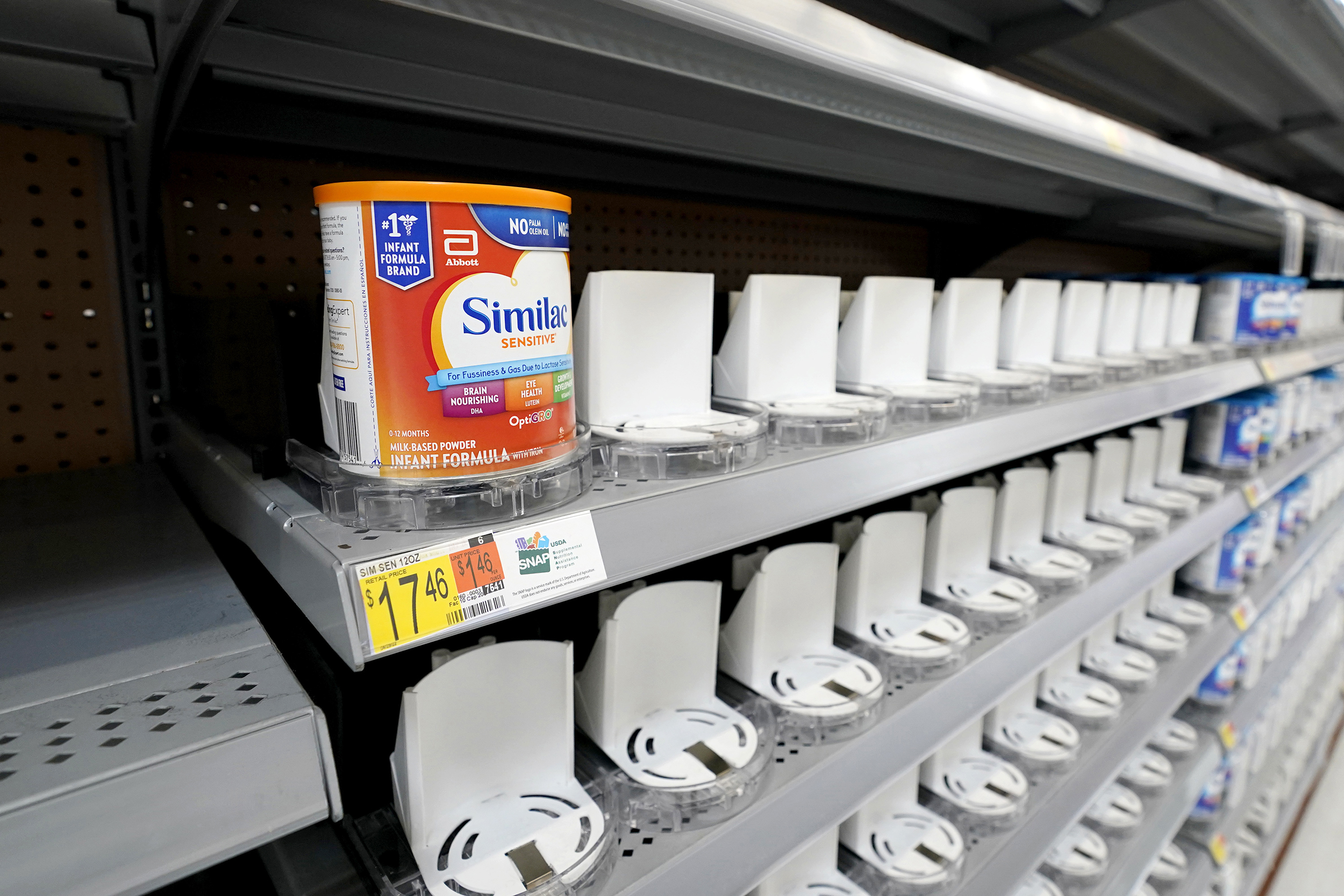 WASHINGTON — The Food and Drug Administration (FDA) acknowledged Tuesday that its response to the U.S. infant formula shortage was delayed by delays in processing a whistleblower complaint and test samples from the largest formula factory in the country.

A 10-page report from the agency offers its first formal account of the factors that led to the current shortage, which has forced the US. million pound airlift of powdered formula from outside.

The review focused on several key agency issues, including outdated data-sharing systems, inadequate training and staffing among its food inspectors, and poor visibility into formula supply chains and manufacturing procedures.

“For things that are critical to public health, if you don’t have some understanding of how all the pieces fit together, then when you get into a crisis or a shortage, you have a real problem,” FDA Commissioner Robert Califf told The Associated Press in an interview. “To a large extent, that’s what happened here.”

Califf said the FDA will seek new authority to compel companies to hand over key information.

A consumer advocate said testing is not enough to fix problems.

“This internal evaluation treats the symptoms of the disease rather than offering a cure,” Scott Faber of the Environmental Working Group said in a statement. “Nothing in this evaluation addresses the fragmented leadership structure that led to critical communication failures.”

The FDA report was overseen by a senior official who interviewed dozens of agency employees. It comes nearly eight months after the FDA closed Abbott’s Michigan plant due to safety concerns, quickly cutting domestic production within the Industry of highly concentrated formulas.

A company whistleblower had tried to alert the FDA to problems at the plant in September 2021, but government inspectors didn’t investigate the complaints until February, after four babies became ill, resulting in two deaths. The FDA is still investigating links between those illnesses and the formula.

The FDA previously told Congress that top agency officials didn’t learn about the complaint until February because of mail delays and the failure to escalate allegations by Abbott employees. The new report indicated that the FDA’s “inadequate processes and lack of clarity related to whistleblower complaints” may have delayed inspectors’ arrival at the plant.

“Whistleblower complaints come to the agency in many different ways, from many different sources,” said Dr. Steven Solomon, an FDA veterinary medicine officer who oversaw the review. “One of the actions we have already taken is to make sure that no matter how they enter the agency, they are classified and escalated to the correct levels of leadership.”

FDA inspectors collected bacterial samples from the plant for testing, but shipping problems by “outside delivery companies” delayed the results, according to the report. The FDA also faced challenges in increasing its testing capacity for cronobacter, a rare but life-threatening bacteria repeatedly linked to outbreaks in infant formula.

The FDA also noted that it had to reschedule its initial inspection of Abbott’s plans due to cases of Covid-19 among company personnel. That delay was on top of previous missed inspections because the agency he brought out his inspectors from the field during the pandemic.

The report concluded with a list of new resources Congress would need to authorize to improve infant formula inspections and standards, including:

U.S. baby formula inventories have been improving, reaching stock rates above 80% last week, according to IRI, a market research firm. That’s up from a low of 69% in mid-July. The United States has imported the equivalent of more than 80 million bottles of formula since May, according to White House figures, and the Biden administration is working to help. Foreign manufacturers remain in the market long term to diversify supply.

Califf has commissioned a separate external review of the FDA’s food division citing “fundamental issues about the structure, function, funding and leadership” of the program. That review is being led by former FDA Commissioner Dr. Jane Henney, who led the agency during the last years of the Clinton administration.

By TIM REYNOLDS, AP Basketball WriterMIAMI (AP) — The stadium where the Miami Heat play will soon have a new name, after the team...
Read more