Home SCIENCE Every two days, a defender of the earth dies. Most are...
SCIENCE

Every two days, a defender of the earth dies. Most are indigenous. 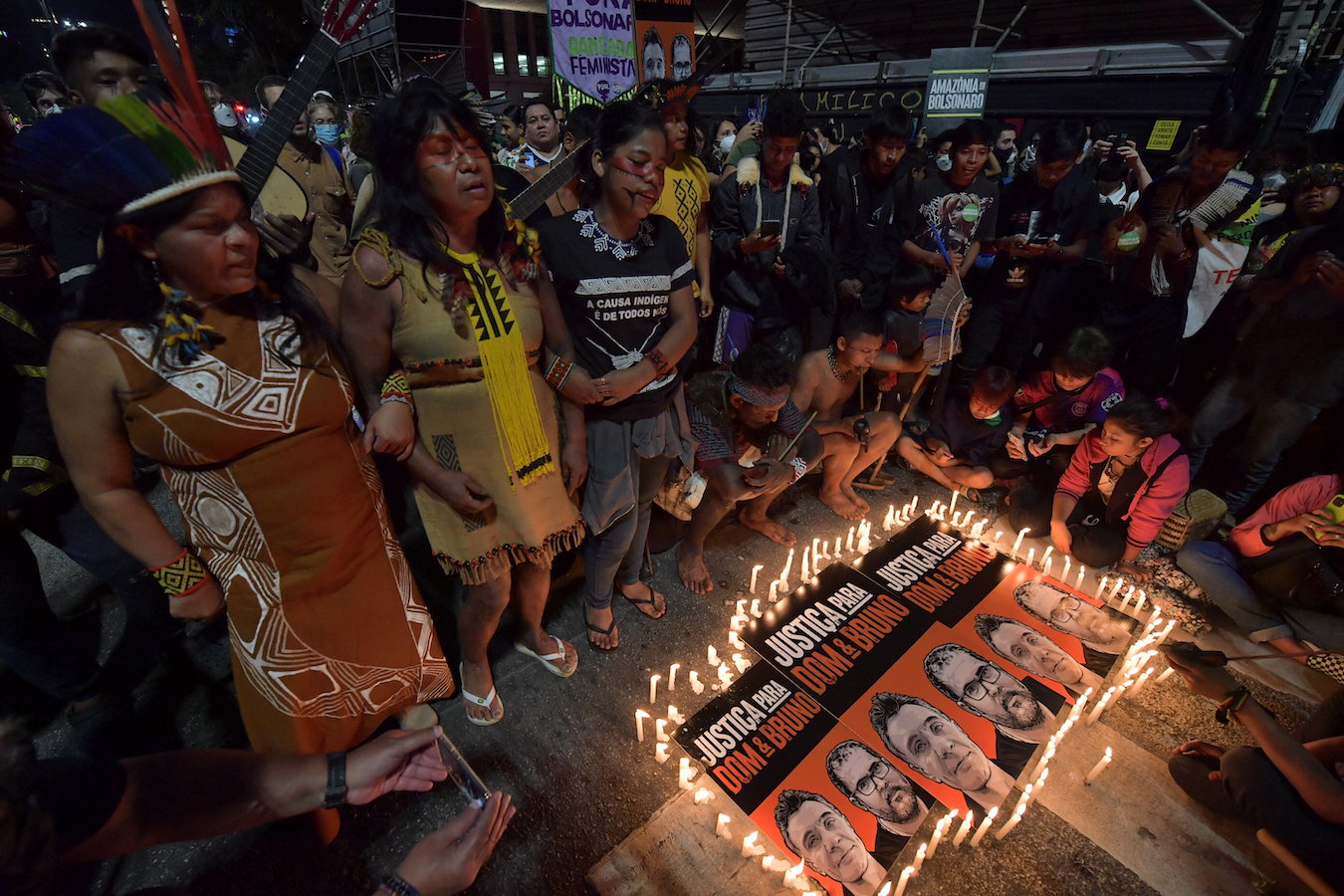 in Brazil, two yanomami children drowned after being sucked into a dredging machine used by illegal gold miners. A 14-year-old Pataxó boy was shot in the head during a conflict over land in the northeastern state of Bahia. A Guarani Kaiowá man was killed by military policemen during a shock on a farm that the Guarani had claimed from the settlers. “There has been an increase in the number of conflicts, socio-environmental conflicts, on our lands,” said Dinamam Tuxá, of the Articulation of Indigenous Peoples of Brazil (APIB), the largest coalition of indigenous groups in Brazil. “It is destroying communities and it is destroying our forests.”

Between 2011 and 2021, at least 342 land defenders were killed in Brazil, more than in any other country, and about a third of those killed were indigenous or Afro-descendant. That’s according to a new report by Global Witness, an international human rights group, documenting more than 1,700 killings of land and environmental defenders around the world during the same period. The report says that, on average, a land defender is killed every two days, but suggests those numbers are likely to be underestimated and paints a bleak picture of violence directed at communities fighting resource extraction, appropriation land and climate change.

“Around the world, indigenous peoples, environmental activists, and other land and environmental defenders risk their lives in the fight against climate change and biodiversity loss,” the report reads. “They play a crucial role as the first line of defense against ecological collapse, but they themselves are under attack and face violence, criminalization and harassment perpetuated by repressive governments and companies that prioritize profit over human and environmental harm.”

After Brazil, the Philippines and Colombia recorded the most murders: 270 and 322, respectively. Together, the three countries account for more than half of the attacks recorded in the global report.

“It is clear that the government has not taken this crisis seriously,” said Jon Bonifacio, national coordinator of the People’s Network for the Environment in Palikasan. “This statistic has not been acknowledged in any way by the Philippine government, despite the crucial role environmental defenders play in fighting climate change.”

According to Global Witness, those statistics are uncertain due to the lack of a free press and other independent monitoring systems around the world and other types of violence are also not counted in the report. “We know that beyond killings, many defenders and communities also experience attempts to silence them, with tactics such as death threats, surveillance, sexual violence or criminalization, and that these types of attacks are even under-reported,” Global Witness said.

to april report The nonprofit Human Rights and Business Resource Center documented some of those other tactics, tracking 3,800 attacks, including killings, beatings and death threats, against land defenders since January 2015. But even those numbers are not the full picture. “We know the problem is much more serious than these numbers indicate,” Christen Dobson, senior program manager for the BHRRC and author of the report, said at the time.

The authors of the Global Witness report say Governments must enforce laws that already protect land defenders, pass new laws if necessary, and hold companies to international human rights standards. Global Witness also says that companies must respect international human rights, such as free, prior and informed consent, implement zero-tolerance policies for attacks on land defenders, and take a rights-based approach to combating climate change. . The report specifically calls on the European Union to strengthen its proposed corporate sustainability due diligence law by adding a climate framework and more accountability measures for financial institutions.

While international advocacy offers some hope for indigenous leaders on the front lines, those leaders also know that they must continue to fight to protect their land, lives and environment. In Brazil, resistance to the demarcation of indigenous lands and advocacy for resource extraction in the Amazon pushed by President Jair Bolsonaro has led to record deforestation in the Amazon since he took office in 2019. Dinamam Tuxá and other leaders Indigenous people in Brazil are hopeful that the upcoming presidential election can lead to change, but they remain skeptical. Luiz Inácio Lula da Silva, former president and current leading candidate, has promised a better deal for Brazil’s indigenous people, but Tuxá says indigenous peoples cannot pin all their hopes on politicians.