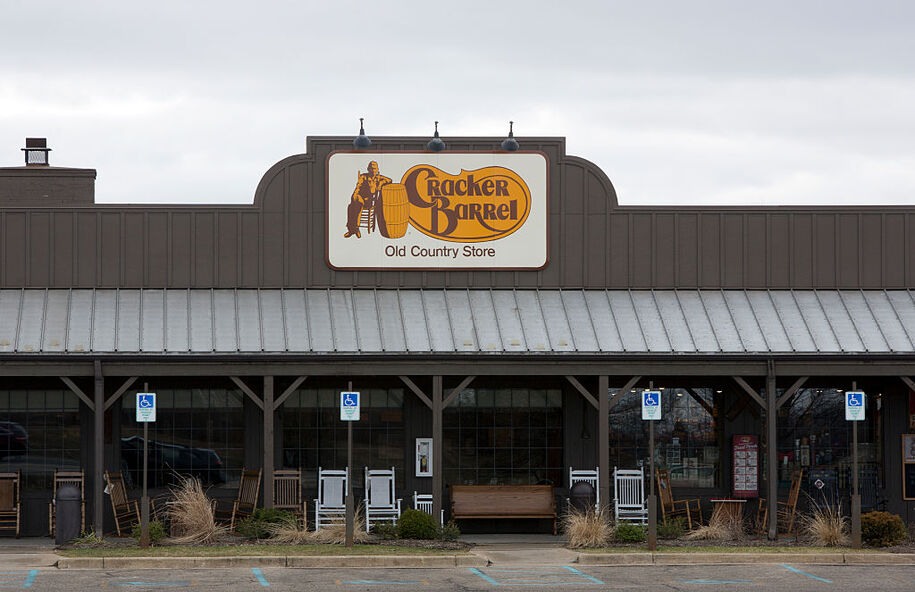 “I just lost respect for what was once a great Tennessee company.”

“Are you kidding me? Who do you think your customer base is? I still order the double meat breakfast and it’s not even on the menu anymore.”

“YOU CAN TAKE MY PORK SAUSAGE WHEN YOU TAKE IT OUT OF MY COLD DEAD HANDS!!1 DON’T TREAD ON MY PIG!!1

As we say about accepting anything you don’t agree with, from abortions to same-sex marriages, what’s your business? No one asked for your opinion. If you don’t like it, then don’t marry someone of the same sex, don’t have an abortion, or eat the damn veggie burger.

For me, Cracker Barrel was just one of those places you see off the road when driving from state to state. But boy was I wrong. It is a beloved institution founded in 1969 in Lebanon, Tennessee. And in that history of more than 50 years there is a deep streak of racism and discrimination much more relevant than a vegan sausage.

washington post reports that in 1991 Cracker Barrel was denounced for allegedly fire gay employees whose “sexual preferences do not demonstrate the normal heterosexual values ​​that have been the foundation of families in our society.” The company eventually ended the policy after heavy pressure from gay rights activists, Los Angeles Times reported.

But in 2004, the Department of Justice settled a lawsuit against the chain after numerous allegations of racial discrimination against black customers.

Lists of complaints against Cracker Barrel include:

The reality is that restaurants like Cracker Barrel, Burger King, Carl’s Jr. and others are not trying to be political. They are trying to make money. And from heart disease is the leading cause of death for all people of most racial and ethnic groups in the US, Impossible Sausage may help some people live a little better. It won’t change everything, but at least it’s a start.

And that adds to the impact of our meat consumption on the planet. According to the folks at UCLA Sustainability, “From a greenhouse gas emissions perspective, it is without a doubt; significantly better for the environment to eat plant-based foods.”

There are thousands of elections on the ballot this year, and Democratic campaigns across the country need your help to get out the vote. Mobilize is your one-stop shop for connecting with campaigns anywhere in the country that need volunteers to call, text, write, and knock on doors. Click here to see GOTV opportunities near you.

(Bloomberg) -- The death of Indian billionaire Rakesh Jhunjhunwala highlights the nearly $4 billion worth of shares held by the famed investor, whose trading...
Read more
business

(Bloomberg) -- The death of Indian billionaire Rakesh Jhunjhunwala highlights the nearly $4 billion worth of shares held by the famed investor, whose trading...
Read more
business

The start of the 2022 NFL season is just around the corner, so it's time to take a look at some of the top...
Read more
latest news

Coming out of covid lockdowns, we have fallen short of all kinds of capacity to supply goods and services. Some capacity gaps had...
Read more
latest news

Hello and welcome to the live coverage of sports star as we bring all the updates on AIFF ban by FIFA due to...
Read more

Invest in courageous and progressive journalism

The fight for democracy continues as we enter the second half of 2022. As the year progresses, we face lies, corruption and violence. ...
Read more
latest news

By the Book: two children’s books that pay tribute to the creators of modern India

The recent influx of children's biographies offers a glimpse into the courage and determination of the pioneers whose legacies we still celebrate. Here...
Read more