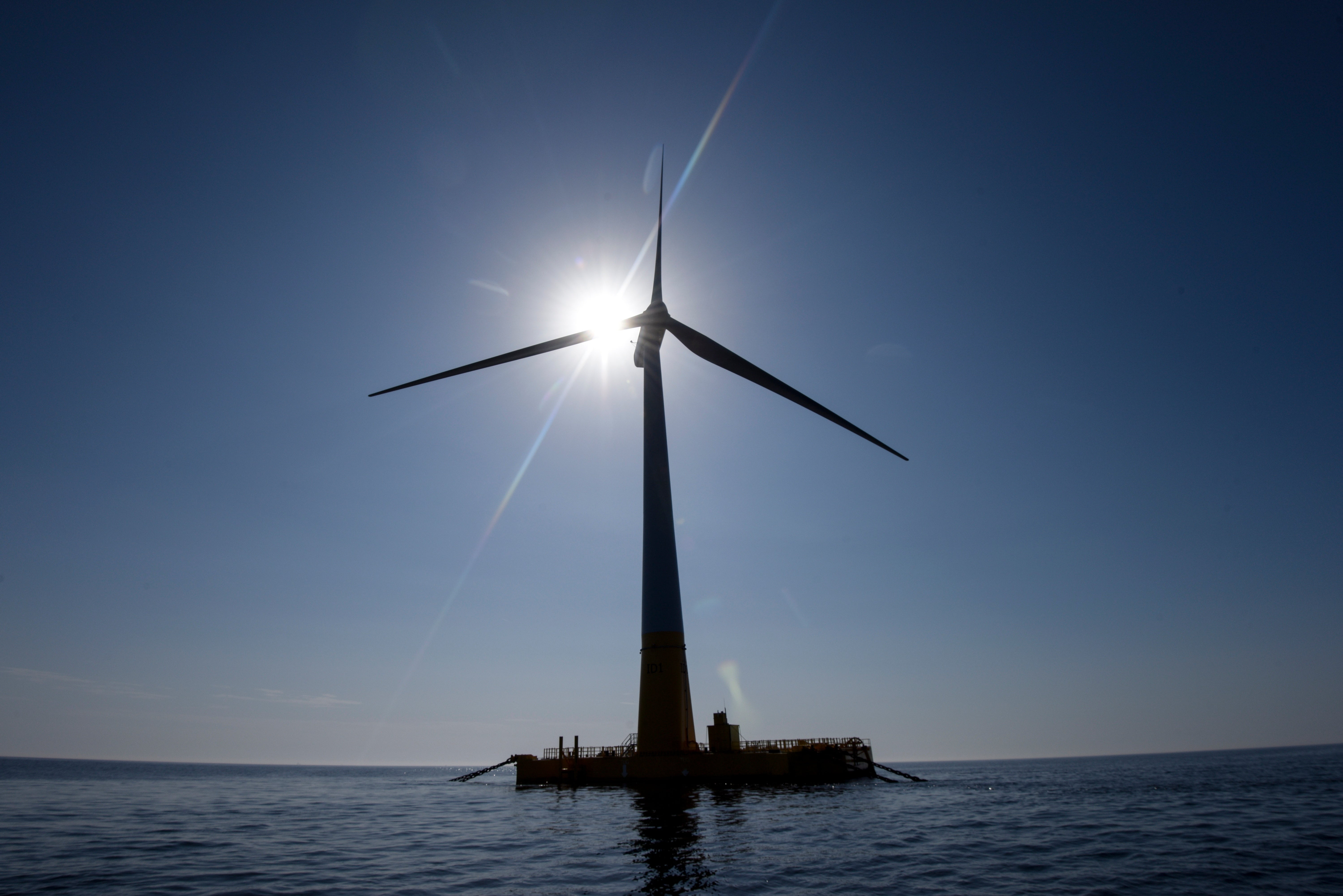 The Department of Energy is launching a new competition to attract US companies into the business of designing and building floating wind turbines for offshore areas.

The contest offers a combined $5.75 million in prizes plus up to $1.1 million in assistance from Department of Energy laboratories. The goal is to encourage companies and inventors to design mass-produced platforms called “floats.”

In doing so, the Biden administration seeks to address a major hurdle in offshore wind power.

That currently prevents wind power from being harvested in about two-thirds of US marine areas where turbines could be close to population centers, he explained in an interview.

Some oil and gas platforms have been built to operate on platforms that float and are moored to the bottom with ropes or chains in energy-rich areas. “But what the oil and gas companies never did was mass-produce their structures. Almost all floating oil platforms are [a] unique,” ​​Musial said.

“We want to industrialize this,” he added, noting that some foreign countries are building supply chains capable of producing multiple floating platforms.

The Biden administration and the recently passed Inflation Reduction Act have awarded awards to renewable energy projects that create the most jobs for Americans, especially in economically depressed areas, he noted. “We want to build supply chains here.”

Deep offshore water is a barrier to wind power production along the entire West Coast, the East Coast above Cape Cod and around Hawaii, he noted. And in some areas where shallow waters are nearby, moving wind turbines further out would reduce conflicts with fishing companies and with coastal dwellers who appreciate their views.

The goal of the competition, formally called the Offshore Wind Readiness Floating Prize, or FLOWIN, is to help produce around 1,000 15-megawatt floats with turbines that generate roughly enough clean electricity to power around 5 million homes.

The competition will have three phases. The first phase, which closes in mid-January, is designed to attract teams that have ideas for commercial technologies that would lower the cost of floats. Up to eight winners would receive $100,000 in cash and advance to a second round in which each team would develop a path for mass production and assembly. Up to five winners would receive $450,000 in cash and $100,000 in technical support vouchers from Department of Energy laboratories.

They would compete in a third phase and develop plans for production and deployment in specific regions of the US (the floats are designed to be assembled in ports and then towed to offshore sites). Up to three potential contest winners would each receive $900,000 in cash.

Among the most notable legacies of the Covid-19 pandemic was the speed with which federal regulators, the health...
Read more

On Tuesday, the Food and Drug Administration took responsibility for this spring's baby formula shortage. Unfortunately, no. Instead, the agency released a...
Read more

The work is part of an approach to cancer treatment called de-escalation: an effort to individualize treatment for a specific subtype of the disease,...
Read more